Skip to main content
Discussion
Meta (about this Platform)

Why I created this space for accessible, open, and civil discourse on politics and public policy for all of San Francisco

Why did I create this site?

Given that there are already so many social platforms, probably not a good idea to do so.

However, in a short email discussion with a colleague, I realized that there wasn’t really a single destination where I could get up to speed and engage in civic discussion, public policy, politics, and governance for the city of San Francisco as a non-politico.

The current ways were way to disjointed and not really dedicated to addressing this topic.

It consists of Twitter, maybe something from Reddit, Next Door...but this very specific set of topics didn’t really work on those platform.

Not to say that those aren’t discussed, but the context was fragmented, consisting mostly of opinion with sporadic links in a hard to use experience.

However, the challenge of bringing people onto a new site that isn’t all shiny like Clubhouse is hard, and not really my cup of tea.

So why try anyway?

Well, this nice little article was the final trigger:

In the article, someone on the San Francisco School District board made racist tweets against Asians.

This came to surface after weeks of anti Asian violence in the city.

So the primary audience I’m going to to make something that can draw out voters through engagement and relevant content will be Asians in San Francisco.

But that won’t result in any political clout unless the platform involves the entire electorate.

What’s the underlying problem to solve?

The political apathy is partially related to the UX of engaging with the system and with the issues (not entirely, and probably this is a small-ish percentage, but it’s relevant).

In other words, as a non-politico, when I want to be informed and engaged and influential, I don’t really know where to go.  There are a few key Jobs to be Done for someone like myself:

This was sort of the list that came to the top of mine in the last 10 minutes when I felt compelled to create the site.

It’s one of those things where the recent events laid up at top made me realize Asians are now extremely vulnerable without political clout.

This vulnerability, to be honest, actually still exists in the workplace with inappropriate bias and policies, but that’s for another day and doesn’t have the urgency this does.

From my limited involvement with anything political, almost anything designed for those topics tend to be filled with political hacks and junkies.

They are really into it and the vibe, as well as the discussion, was not good: insular, unrelatable, and always had a back-slapping hack-vibe in the insights, analytical rigor, and tone.

What I’d like is something that actually had transparency and broad participation.

All of the discussions and contributions are done in the open.

This openness means anything can be inspected and debated.  It also meant anyone could participate.

That model could apply to this.

So I am standing this up and donating the platform.

Examples where this would be a sign it’s working:

I am just one person kicking this off as a 2% time project, with the hope that it resonates with someone.

My thought right now is to at least get a few podcasts and those podcasts drive some behavior.

But needs folks to share what they think.  I’ve thought about this for 10 minutes, and so more ideas and iterations the better.

In Open San Francisco you can ask and answer questions and share your experience with others! 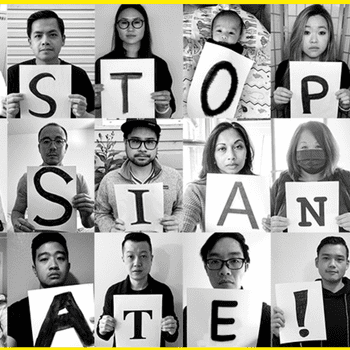 Question for myself and others to help answer:

So 1 & 2 remain unclear for me.  There needs to be a compelling reason that it’s better to have a separate aggregator of content.  Perhaps the content is unique to the community in small part.  And then people can more readily respond here.

But I wouldn’t want this to become a content production machine, trying to churn out content like a BuzzFeed.  The primary source of content should be from those who really do impact the city.